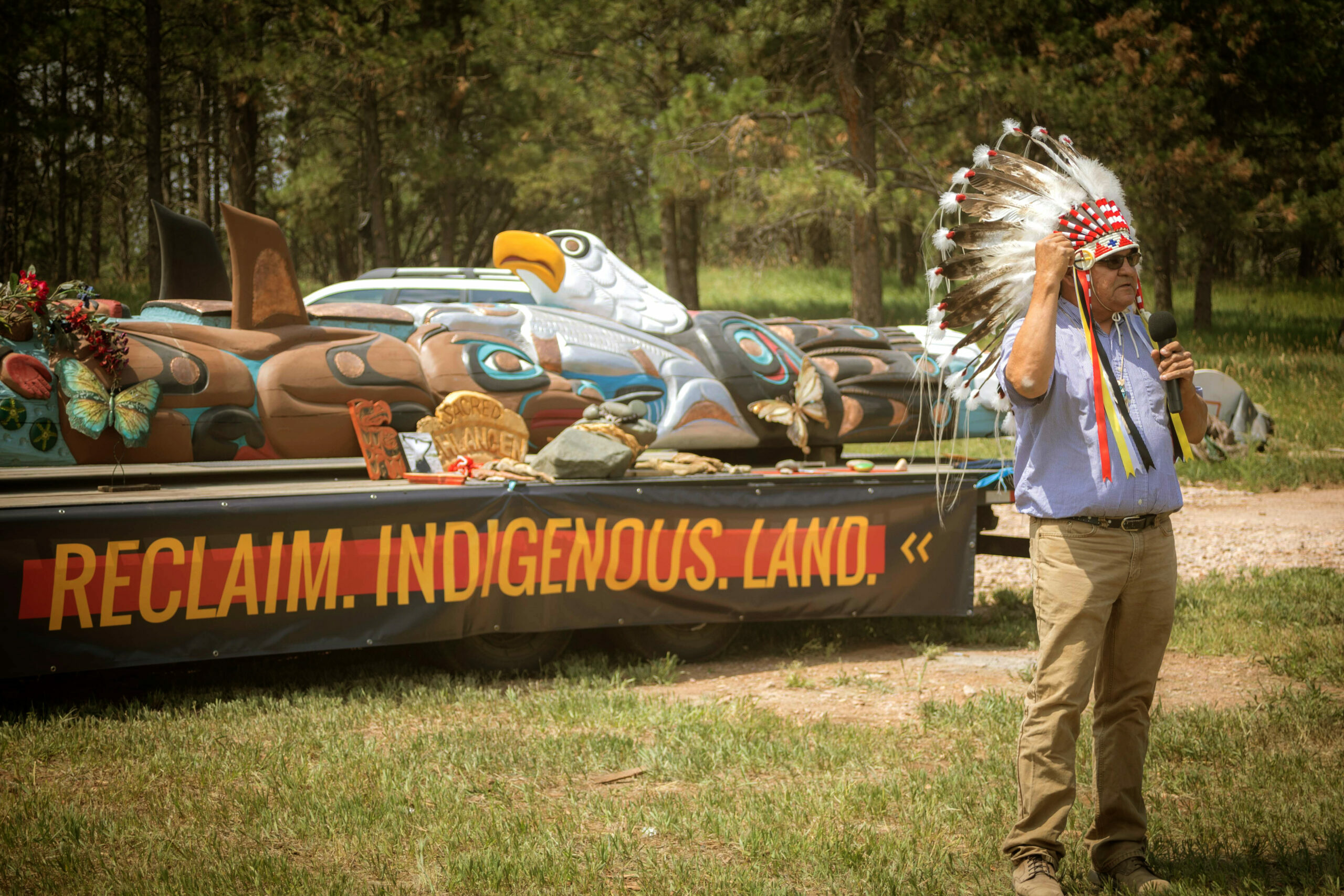 National parks have been called “America’s Best Idea”, yet more and more, people are calling attention to the violent histories of dispossession, enclosure, and erasure from which the National Parks system emerged. The conservationist ideal espoused by the founders of the country’s first National Parks was not only premised on the removal of Indigenous people from their homelands, but also on the demonization and erasure of Indigenous ways of stewarding the land. As part of a broader reckoning with the logics and limitations of western conservation, communities across the country are campaigning to change the names attributed to mountains, rivers, waterfalls, and other landmarks on federal lands, many of which commemorate colonial statesmen and prominent eugenicists, perpetuate racial slurs, and erase Indigenous histories. On the occasion of the 150th anniversary of Yellowstone, the country’s first national park, this panel will show how these campaigns are not just efforts to make federal lands more inclusive, but are stepping stones on the path to Indigenous co-governance and #landback.

Dina Gilio-Whitaker (Colville in Confederated Tribes) is a lecturer of American Indian Studies at California State University San Marcos, and an independent consultant and educator in environmental justice policy planning. At CSUSM she teaches courses on environmentalism and American Indians, traditional ecological knowledge, religion and philosophy, Native women’s activism, American Indians and sports, and decolonization. She also works within the field of critical sports studies, examining the intersections of indigeneity and the sport of surfing. As a public intellectual, Dina brings her scholarship into focus as an award-winning journalist as well, contributing to numerous online outlets including Indian Country Today, the Los Angeles Times, High Country News and many more. Dina is co-author with Roxanne Dunbar-Ortiz of Beacon Press’s “All the Real Indians Died Off”: And 20 Other Myths About Native Americans (2016), and her most recent book, As Long as Grass Grows: The Indigenous Fight for Environmental Justice from Colonization to Standing Rock, was released in 2019.

Krystal Two Bulls (Lakota/Cheyenne), Director of the LANDBACK Campaign, is Oglala Lakota and Northern Cheyenne from Lame Deer, Montana. She has extensive experience as an organizer and on the frontlines with campaign development and management on local, national and transnational campaigns for social, racial and environmental justice. Krystal’s identity as a Native American veteran is central to her organizing and storytelling. At the heart of Krystal’s work are the connections between collective wellness, environmental justice, Indigenous Peoples’ Rights, and anti-militarism. In healing from her experience as a soldier, Krystal has dedicated herself to embodying what she views as the essential quality of a warrior: a commitment to the well-being of not only her People and their relationship to the land, but that of all Peoples.

Bonnie McGill, Ph.D. (she/her) is an ecosystem ecologist, David H. Smith Conservation Research Fellow, and Science Communication Fellow at the Carnegie Museum of Natural History in Pittsburgh, Pennsylvania. She is the lead author of the report “Words Are Monuments: Patterns in US national park place names perpetuate settler colonial mythologies including white supremacy”, published in People and Nature (April, 2022). McGill currently works with rural communities on climate change communication. Previously she has studied sources of and solutions to climate change and water pollution in the US Midwest and Botswana. She first visited a US national park, Glacier, through a college internship and still calls that the best summer of her life. She is a white settler from Appalachia.