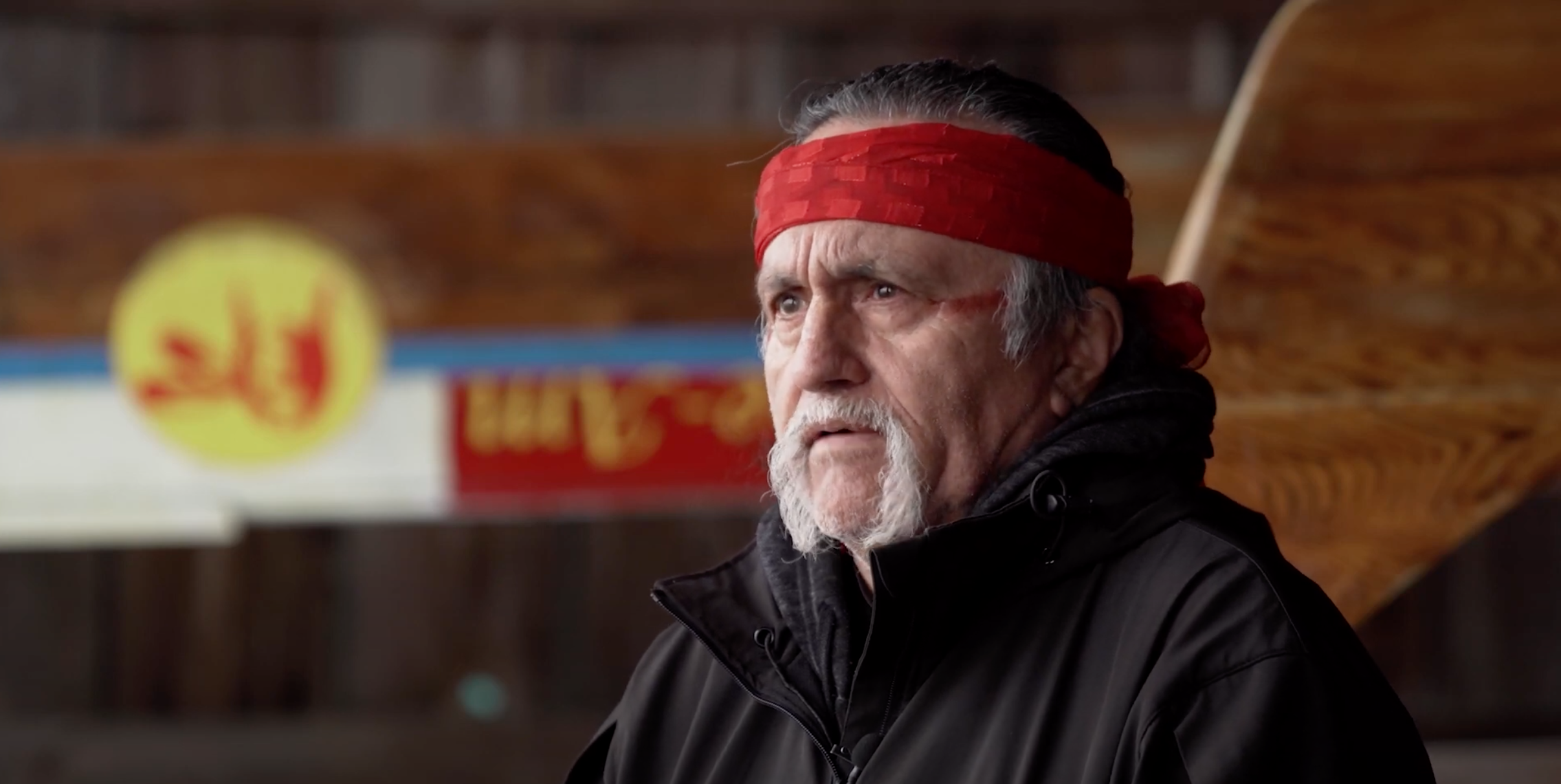 A place-name is extremely important because it governs the way you treat—and how you interact—with that part of the world.

“We talk about colonial powers coming in and renaming the world around us. It’s like cutting a cord. It’s an attempt to destroy your relationship with that part, that place, that power that’s there. It’s part of that genocidal policy to destroy who we are within. Because who we are inside reflects how we relate to Earth outside.

If you have a certain belief system where the Earth deserves to be respected, it structures the way you think and feel. Having a place name is extremely important because it’s going to govern the way you treat—and how you interact—with that part of the world.

If you look at our Bellingham Bay at low tide, half the bay is filled with silt from logging practices. Everything is just washing out–it clogged the rivers, it smothered the salmon. It clogged the mouth of the rivers so the salmon can’t get back in. Spawning grounds were all destroyed. The water is warmer, the water is shallower.

The Native Americans had names for the places here. The islands had names, the rivers had names, the waters, the mountains. The Earth around us was a living thing. We couldn’t own it. You can’t own the world.

Over the past couple of centuries the American-English names took precedent. They came in and destroyed our rights and language. They attacked us for speaking our language. To them we were children of the devil. Anything they did to us was justified because they were torturing something that was evil. So you were afraid to speak your language.

There’s a reason why that took place. Our songs, our dances, our ceremonies, our spiritual teachings were not in line with Christianity. They persuaded themselves that that’s the way of conquest. The conquerors want you to walk like them, talk like them, work like them, worship like them, and just destroy, destroy, destroy in the name of private property and wealth. You know they’re going to continue to destroy until the un-selfish finally stand up for their rights.”